“It is the car I’ve always wanted to have built”

Gordon Murray’s designs have never been conventional, but when his first-ever road car was presented to the public he truly broke convention.

Simply named “Rocket”, this ultra-lightweight car combined the best of motorcycle technology of the time with proven single-seater design.

Using Gordon’s many years of F1 design, the Yamaha engine and gearbox were mated with a unique tandem seat space framed chassis. This all-steel chassis formed the basis of the car, married together with a 20 valve and a 145 BHP Yamaha engine which is used as a fully stressed member.

Suspension was simple but functional using double wishbones on both ends coupled with purpose-built Showa dampers. A retro race body was designed based on the Formula 1 styling of the 60s complemented with tyre-hugging fenders and the use of modern materials to keep the weight down.

Coming in at under 400kg the Rocket justified its name. When it first launched in 1992 it was the fastest accelerating production car in the world. Its power-to-weight ratio far exceeded even the most powerful supercars of the time.

With its phenomenally agile handling and incredible braking, it soon became a favourite amongst those that wanted the thrill of a Formula 1 car which could be used not only on the track but could be driven home on the road afterwards.

After producing around 40 Rockets, red tape and more stringent SVA regulations got the better of this now iconic car and it slipped quietly into motoring history.

Today The Light Car Company continues to restore and maintain existing Rockets to the same specification as Gordon Murray’s vision but with an eye to the future……Watch this space!! 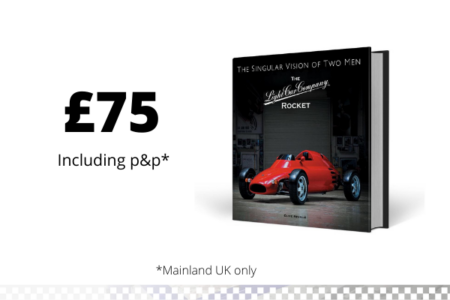 Email info@thelightcarcompany.co.uk to order your copy. 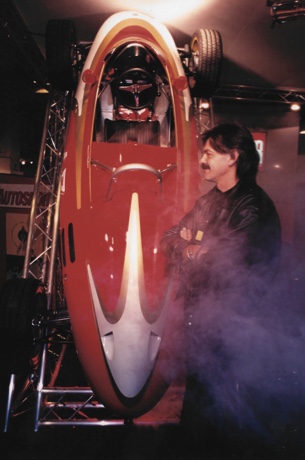 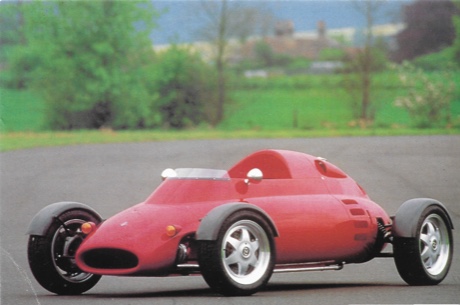 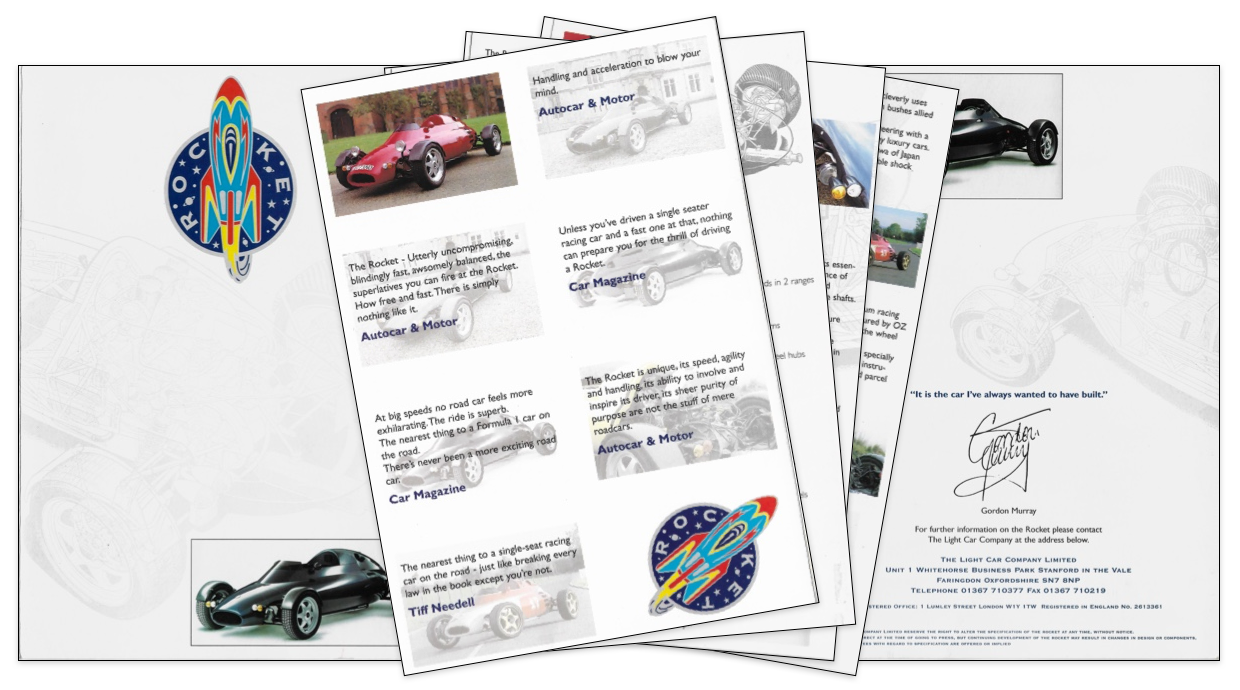 Call us to discuss our range of services or tell us about a project we can help you with.